Jacob Tierney
Wingman Wayne is the fourth episode of Season 1 of Letterkenny.

It’s competition time in Letterkenny! The first Hick to score some tail gets fifty bucks off their bar tab.

You're out getting good with your pals the other night… — Wayne

The Hicks discuss their sexual dry spells. Gail points out that students will be home soon for the summer, which could cure their spring fever if the Hicks are on their game. She offers $50 off the bar tab for whoever breaks the dry spell first, relating going into "cougar mode" last year where she might have hooked up with a second cousin.

You naturally prefer companionship, but I guess there's a lot worse things than playing a little one-man couch hockey in the dark. — Wayne

At the game, Reilly and Jonesy alternate between chirping at the opponents and admiring the snipers in the stands. They wish Katy was with them.

The Hicks prepare for the first Thirsty Thursday. Wayne says he most excited about playing Buck Hunter. He and Daryl explain why they don't wear belts.

'Cause we buy pants that fucking fit. — Wayne

Reilly and Jonesy sit in Reilly's car bemoaning their tenth loss in a row. They go down the roster disparaging the other players. They ask Katy why she doesn't come to the games, and she says it's because they never play. They meet with the Coach, who calls them out as poseurs who only care about the hockey player lifestyle. They seek to prove him wrong.

On Night 1 of the bet at MoDean's, the Hicks are deep in conversation; Dan explains why you never give a sword to a hooker. Gail warns Daryl off Kyle Schneidstiller's sister— "she's been knocked up twice— and Wayne mentions that she dated Boots for a while. They discuss whether the Ginger and Boots were able to fuck an ostrich, as rumoured. They observe another girl putting on a "hair show" trying to attract Daryl's attention. Daryl says he will pursue—after a couple more drinks.

On Night 2, McMurray tells Wayne about Angie's latest boyfriend, his car, and his clothing choices, in considerable detail. A woman offers Wayne a quick squeezer in the parking lot, but he does not take her up. Dan and Daryl comment on another patron, who passes them. Wayne observes her touching Dan's back in an "unnecessary squeeze-by" and suggests he pursue. Dan says he will—after a couple more drinks.

Reilly and Jonesy are studying a recording of the game when they are joined by Katy. They plan to "rip silly plyometrics" afterwards and invite her to watch, which she accepts. After watching them, she has them take off their shirts, and agrees to come watch them play.

On Night 3, a young woman named Jessica—evidently Jivin' Pete's daughter—approaches Wayne and asks where to find the washroom. He observes that she gave him "the big eyes," with her face straight but her eyes looking up like a puppy dog. He looks over and she gives him the big eyes again, inviting him to join her in the washroom with a nod. Wayne gets up to accept the offer, but sees Angie's name on the shift schedule, and leaves instead.

Coach notices Jonesy and Reilly's new hustle and praises them. Shoresy and the other players, however, notice Katy in the stands and make crude remarks about her, bothering Reilly and Jonesy. They argue over who has dibs on her digits.

Gail and Katy lament the pedestrian romantic efforts of the Hicks. Reilly and Jonesy come by the bar after the game. Katy tells them she enjoyed the game, but they tell her to stop coming because she is "too distracting for the boys." She tells them she'll have to give her digits to one of their teammates.

According to Tunefind, the following songs are featured in the episode: 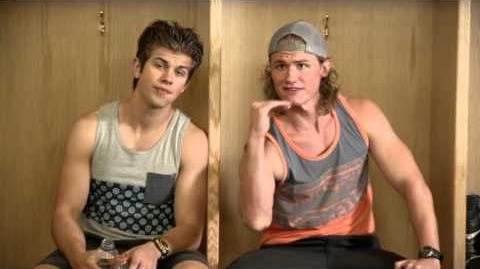 Letterkenny Posers
You guys are poseurs

After a round of Buck Hunter 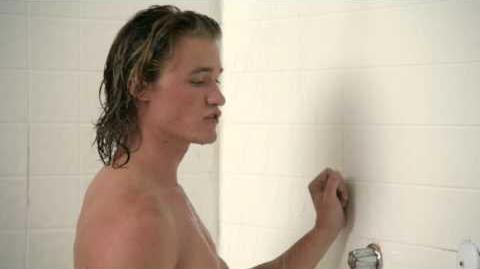 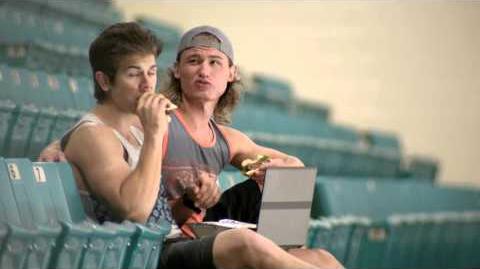