Edit
watch 02:07
Spider-Man: No Way Home Trailer Dropped - The Loop
Do you like this video?
Play Sound

Due to the outbreak the COVID-19 pandemic in early 2020, plans for Season 9 were unclear. In September 2020, executive producer Mark Montefiore told Sudbury.com that shooting that was supposed to have taken place in August and September for seasons 10 and 11 had been pushed to 2021 (Sudbury.com), suggesting that filming for Season 9 had already been completed.

The trailer for the new season was released on show-associated social media on November 18, 2020, along with the announcement of the new release date in a press release by Bell Media.

Like the previous two seasons, Season 9 comprises seven episodes with no intervening holiday special. Its Christmas release date follows a show tradition that began with Season 2. 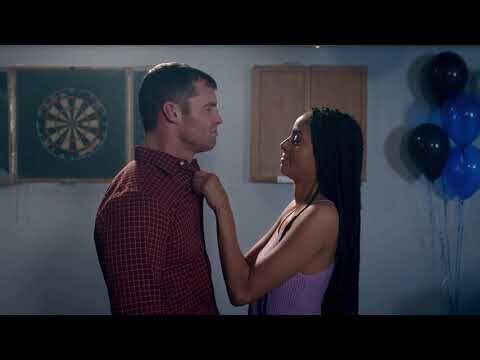 As announced in Bell Media's The Lede:

Season 9 of LETTERKENNY kicks off with the Hicks, Skids, and Hockey Players attending an American Buck and Doe following the fight with Dierks (Tyler Hynes). Katy takes her scorched earth dating strategy back to Letterkenny and Gail (Lisa Codrington) gets some action of her own. Meanwhile, the Hockey Players learn about Judaism and the whole town gets really into sleepover activities like movies, board games, and girl talk. Then, a “breastaurant” opens in Letterkenny and Tanis (Tiio Horn) starts her own energy drink.