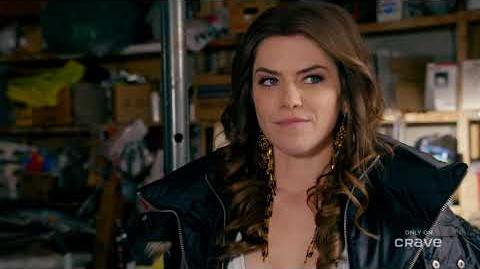 Bell Media announced the premier date on June 5, 2019 in The Lede (Bell Media). A tweet from the Letterkenny Problems account followed on June 6. Production commenced in Sudbury summer 2019, after the Letterkenny Live! U.S. tour concluded in June.

This was a break from the show's previous pattern of "six-pack" releases. Starting with Season 3, the show had released a late winter or spring holiday special (for St. Patrick's Day, Easter Sunday, and Valentine's Day thus far), then a six-pack on or around Canada Day (July 1), a fall or early winter holiday special (Halloween and Christmas), and then a second six-pack on or around Christmas Day (December 25).

This marks the first season where Letterkenny is billed as a "Hulu Original" comedy (Variety). Hulu does not have a direct creative role in the show; the designation signifies that it has exclusive U.S. streaming rights to all future episodes. The Hulu partnership begun in 2018 saw the first two seasons released on July 13, all subsequent seasons and specials on December 28 (three days after Crave), and the Valentine's Day special on February 14 (13 days after Crave).

Little was revealed about plot or character developments except that the Hicks would start an agricultural call-in radio show.