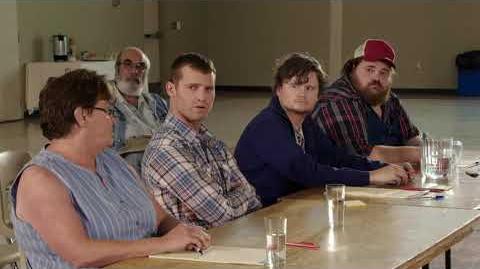 Season 2 of Letterkenny premiered on Canadian video-on-demand service CraveTV (now Crave) on Christmas, December 25, 2016. All episodes were written by Jared Keeso and Jacob Tierney, and directed by Jacob Tierney. The Season 2 Ferda Edition, which provides audio commentary from the cast, was released on CraveTV on May 19, 2017.

A Region 1 DVD distributed by Universal Studios Home Entertainment was released on November 21, 2017.

After the highly successful release of Season 1, CraveTV and The Comedy Network announced the order of the second season of Letterkenny on March 10, 2016 (BellMedia).

Production began in and around Sudbury, Ontario in May 2016, with filming concluded by the end of June (Toronto Star). The release date of Christmas was announced on November 28, 2016 (Toronto Star).