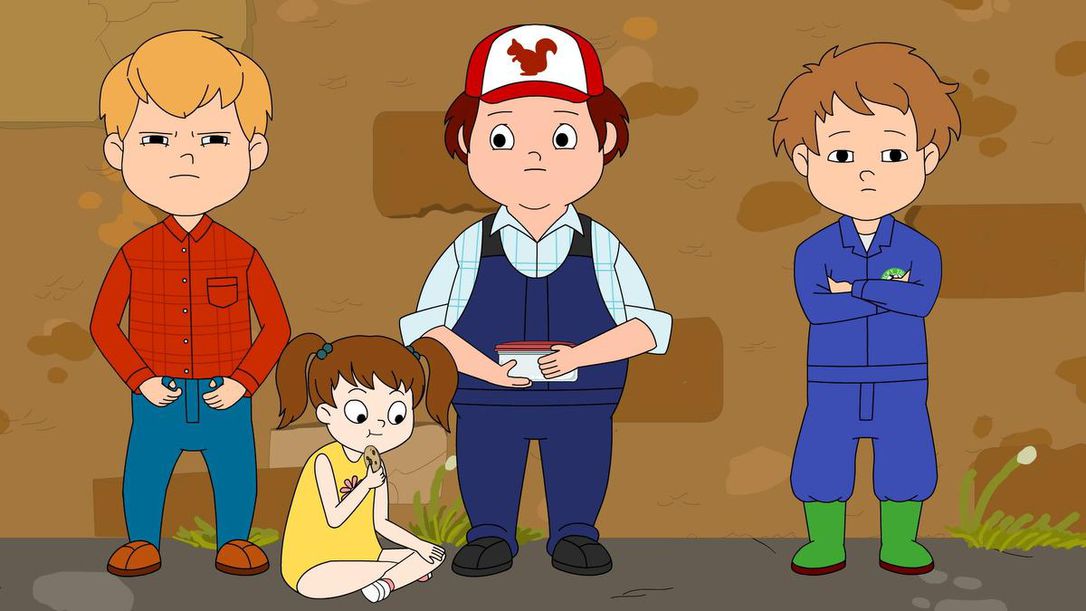 Littlekenny is a series of animated shorts produced for SnackableTV and other Bell Media platforms, depicting the characters of Letterkenny as children at Letterkenny Central School. As promoted, the show "tells the origin story of the Hicks, and how standing up for each other in the schoolyard resulted in their friendship."

The series was first announced in a February 5, 2018 Bell Media release about the launch of SnackableTV, its ad-supported, free-to-consumer mobile platform featuring short-form videos. Littlekenny would be the first original programming to be offered on SnackableTV (Bell Media). Little Blackstone, Inc., an independent animation studio in Toronto, was selected to produce the animation (City News 1130).

A clip was previewed at Letterkenny Live!, but it was more than a year after the initial announcement before episodes would be released. Six episodes were announced in a June 20, 2019 Bell Media release. The first two episodes were made available on YouTube — where Letterkenny Problems got its start — on June 27, with all episodes added to SnackableTV and to Crave on June 28. Littlekenny was also made available for streaming in the United States on Hulu on December 27, 2019, at the same time as Season 8 of Letterkenny.