Private residence in Sudbury, ON
Wayne and Katy's Farm is a primary setting of Letterkenny. Almost every episode opens with Wayne narrating from a location on the farm, and almost every episode has a scene set in at least one location on the farm. Details about the farm's ownership and operation are not explored in the show, but are not generally relevant to the plots.

The farm is a private residence in Sudbury, Ontario.

A map of the farm

Wayne at the hay rolls 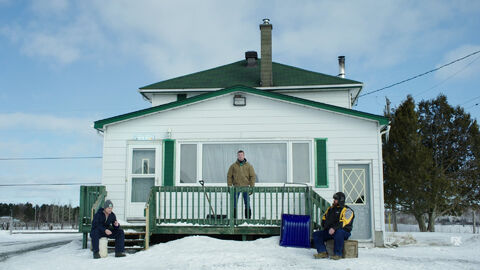 The farmhouse where Wayne and Katy live is a modest two-story detached home, with white horizontal siding and green trim. The Hicks frequently gather at the kitchen table to eat or drink, or sit in chairs on the back porch to drink and talk.

Wayne and Katy usually entertain in the lot behind the house, but did host their Christmas party at the house (The Three Wise Men). 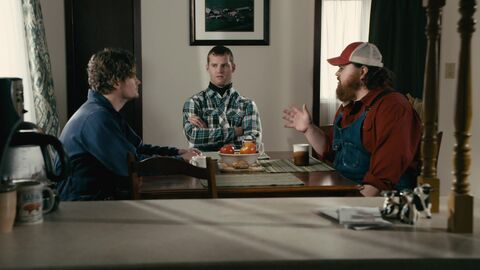 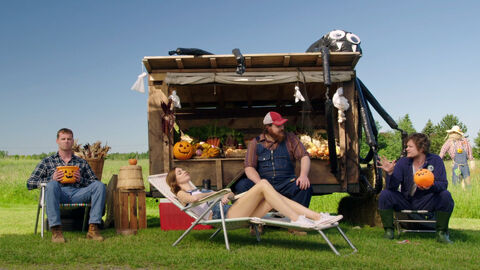 In warmer weather, the Hicks are often found manning the produce stand located on the edge of the property where the laneway meets the road. They usually smoke darts and drink Puppers or Gus N' Bru, and Katy suns herself.

It is here where they have a large number of interactions with other townfolk, starting with Reilly and Jonesy, various toughs challenging Wayne for the title of Toughest Guy in Letterkenny, Stewart, Gail, and so forth. No customers are ever seen purchasing produce, however. 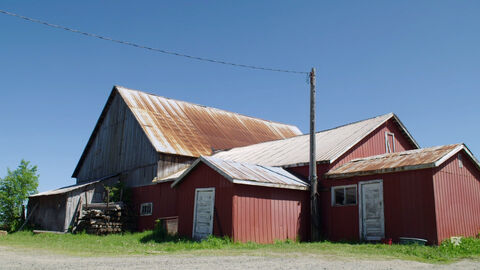 The farm features a large barn where various equipment and supplies are stored; there do not appear to be animals living there, except when Stormy takes up and refuses to come out (Finding Stormy a Stud). Wayne and Katy set up chairs in the barn when hearing proposals for spending Uncle Eddie's inheritance (Uncle Eddie's Trust), and on various occasions the Hicks are found there talking. They also have a crepe breakfast here when Anik and Marie-Fred come to visit (Bush Party Season). 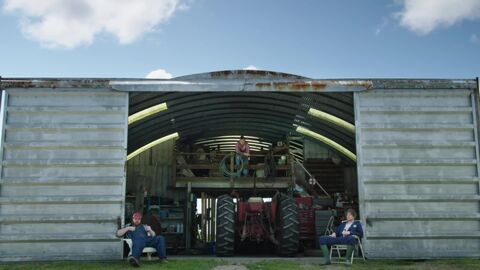 The Hicks also sit and talk from time to time at the tractor shed, a large metal-paneled garage for the tractor.

The farm is a private residence in Sudbury, Ontario.

For the first two seasons, interior scenes were filmed inside the actual farmhouse on the property. Starting with season 3, a studio set was constructed to replicate the inside of the farmhouse and has been used for all interior scenes since.