Anik is a recurring character on Letterkenny, first appearing in Season 3, and throughout Seasons 5-9. She is from near the Ontario-Quebec border, and was in a relationship with Daryl for a brief time. Anik is portrayed by Kim Cloutier.

Anik is one of the Hicks' Quebecois doppelgangers, the group which also includes Jean-Guy (Sébastien Huberdeau), Jean-Carl (Alexandre Landry), and Jean-Pierre (Domenic Di Rosa). She and Jean-Guy are brother and sister, and were raised in Hawkesbury (Bock et Biche).

She first arrives as the three French men are fishing at the ice hole, interrupting an exchange of insults they have begun with Daryl and Dan. Daryl is taken by her beauty, but never works up the courage to speak to her, as he assumes she will not be able to understand him and that he is not attractive enough to rely on his looks alone. Anik waves to him as the French group departs, and he laments that she is gone forever (Les Hiques).

The group returns unexpectedly to help defend the Hicks against an assault by degens. She and Katy watch the fight and both remark "Your brother's hot" at the same time. The formerly hostile groups gather around the campfire to share a Puppers. Anik introduces herself to Daryl in English, telling him she thinks he is really good-looking, and that pretty much everyone in Quebec speaks English (Les Hiques).

Daryl does not follow up with her, however, and she becomes involved with and eventually engaged to a French lumberjack, Jean-Claude. However, Anik grows unhappy with him as they plan their wedding; for example, he would not allow her to invite her English family to attend their wedding, prompting her to demand a "bock et biche" (buck and doe) party in the English-Canadian tradition so that they could be included. Jean-Guy invites the Hicks to the bock et biche to help defend it against degens from Laval; Daryl is crushed when he hears it is Anik's (Bock et Biche).

The party only worsens relations between Jean-Claude and Anik, as he is hostile to the Hicks and the other English-speaking guests at the party. She is stirred by Daryl's fighting against the degens, and after an argument, she calls off the wedding and removes her engagement ring. She tells Daryl she is in love with him, and they dance rapturously (Bock et Biche).

Jean-Claude's sister, Marie-Fred, meets Wayne at the same party and begins dating him at the same time, and she and Anik make frequent trips to Letterkenny together. Together, they would work out at the gym (Bush Party Season) and come to the farm for breakfast (The City), but Anik makes the trip less frequently over time, alarming Daryl, especially when he discovers the entire town knows about her "racy Instagram profile". Eventually, Anik shows up at the farm alone and breaks up with Daryl, telling him he is too clingy, and that a woman needs space (Yew!).

After the breakup, she reunites with Jean-Claude, but Daryl refuses to accept this. Accompanied by Scottie Wallis plus the Ginger and Boots, he journeys to Quebec to find her. Jean-Guy, sighting him at the Salon D'Agriculture, warns that Anik and Jean-Claude are happy, but the Letterkenny contingent, joined soon thereafter by Dan, McMurray, and Wayne remain. An exchange of words soon leads to a donnybrook (In It To Win It).

Some time later, Jonesy and Reilly, remembering her racy Instagram, ask if she would be interested in helping them with a photo shoot as BROdude brand ambassadors. She agrees, thinking it will be a professional shoot, but in actuality, they take pictures themselves, at the gym, using their phones and under the regular lights. Nevertheless, her appeal is strong enough that the BROdude representative offers her a six-figure contract, while firing Reilly and Jonesy (Yard Sale Saturday).

Anik would show up at Modean's at the end of Season 9, as the BROdude representative strips the Kerry County Eagles of their National Senior Hockey Championship. She approaches Daryl and Katy, telling them she has a new boyfriend, and that she wanted them to hear it from her. Anik then spots Dierks from across the bar, and the two acknowledge each other (NDN NRG). 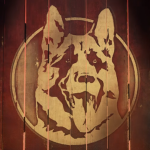