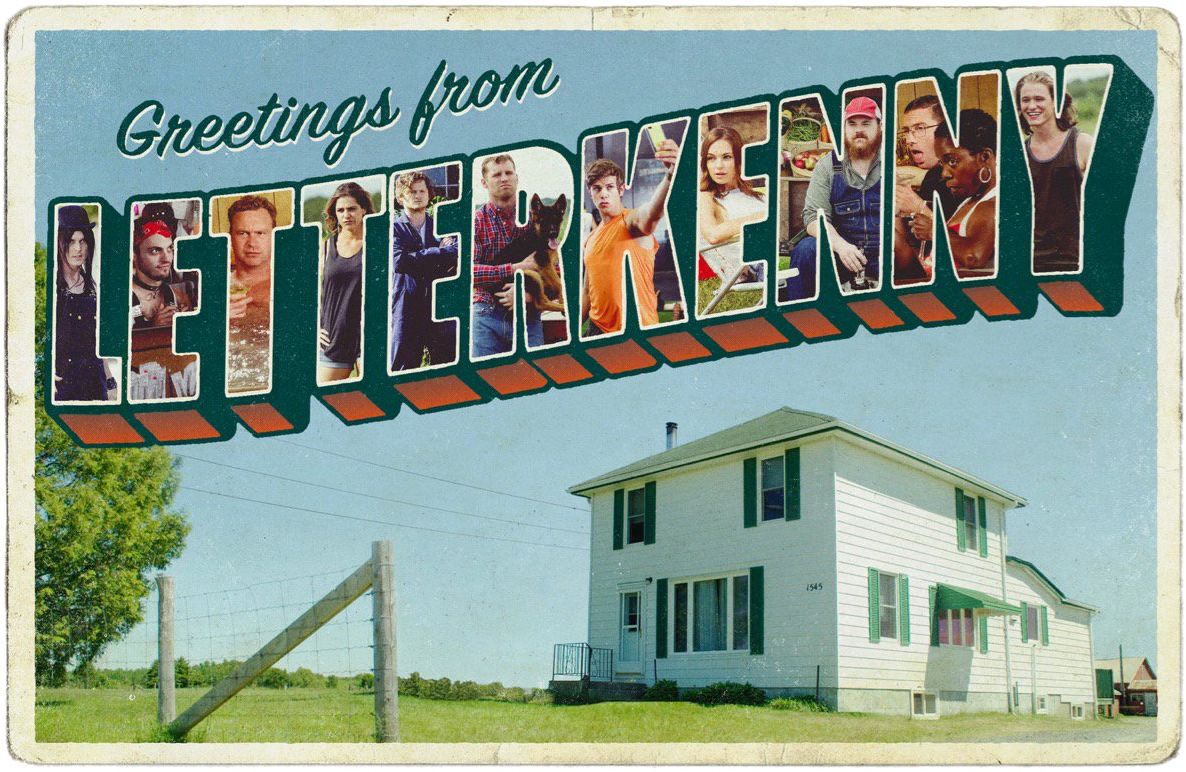 Letterkenny is a Canadian comedy franchise created by Jared Keeso about the zany residents of the fictional Ontario farming community of Letterkenny—hicks, skids, hockey players, and more. The main vehicle is the half-hour television sitcom Letterkenny, which can be streamed on Crave in Canada and on Hulu in the United States.

Keeso plays Wayne, a taciturn, hard-working, and hard-drinking farmer who brawls to defend his friends and way of life. In between fights, he and the other "shirt-tuckers" — younger sister Katy, played by Michelle Mylett; and friends Daryl and Dan, played by Nathan Dales and K. Trevor Wilson respectively — delve Seinfeld-like into observations about life and the intricacies of social conventions in rapid, slang-riddled, and extremely profane conversations. Much of the humor lies in extensive wordplay and insult matches among the ever-expanding list of characters and groups in town.

Critically praised for its sharp dialog and homages to small town Canada, Letterkenny has been nominated for and winner of a variety of awards. It won the Canadian Screen Award for best writing and best direction in 2018, 2019, and 2020 (to Jacob Tierney), Best TV Comedy at the 2017 Writers Guild of Canada Screenwriting Awards, and the awards for Best Comedy Series, Best Direction, and Best Writing at the 2017 Canadian Screen Awards. The show's picture editing, casting, and sound have also received multiple nominations, as have individual performances by Keeso, Mylett, Dales, Forward, Playfair, and Johnston.

Letterkenny Problems, a series of video shorts mostly of Keeso and Dales making one-liners about rural life, debuted on YouTube in 2013. It was a viral sensation, registering more than 10 million views and garnering a 2014 Canadian Screen Award nomination for Best Web Series. CraveTV, in partnership with The Comedy Network, commissioned the half-hour series based on the web shorts, developed by Keeso and Tierney.

The series is produced by New Metric Media in partnership with DHX Media in association with Bell Media, with the participation of Canadian Media Fund, OMDC Tax Credits and the Canadian Film or Video Production Tax Credit and the Northern Ontario Heritage Fund. Filming takes place in and around Sudbury, Ontario.

A live show, Letterkenny Live!, toured Canada in 2018 and the United States in 2019. It features Keeso, Dales, Wilson, and Mark Forward with some material from the show and original standup by Wilson and Forward; Michelle Mylett joined for the U.S. tour. An expanded tour was planned for 2020, but cut short due to the COVID-19 pandemic.

A special edition of the show featuring cast commentary voiceovers, entitled Letterkenny: Ferda Edition, has been released on Crave. 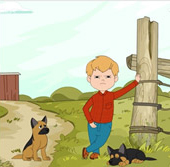 In 2019 a spinoff entitled Littlekenny became the first original content commissioned for short-form comedy service SnackableTV. Written by Keeso, it is an animated series of shorts featuring the Letterkenny characters as children, and how they stand up for one another in the schoolyard of Letterkenny Central School. The show was not renewed after its initial run of 6 episodes. It is now available for streaming on Crave in Canada and Hulu in the United States.

On June 10, 2021, Bell Media announced it had ordered a new comedy spinoff, Shoresy, about the character Shoresy and "a northern Ontario senior triple-A hockey team determined never to lose again." Created and written by Jared Keeso and directed by Jacob Tierney, it will be distributed by Crave in Canada. It is not yet known if it will be available elsewhere.

Crave periodically posts Behind the Scenes videos to YouTube. These short clips, mostly lasting between three and four minutes, feature scenes from the production of the show as well as short interviews with members of the cast and crew.

From Feburary 12–14, 2017, EA Sports ran a promotion called Chelentine's Day featuring hockey players Reilly (Dylan Playfair) and Jonesy (Andrew Herr). Fans were invited to post on social media how they were integrating EA Sports NHL ("Chel") into their Valentine's Day activities. The hockey players have done other crossover promotions, including a 2017 appearance on TSN's TradeCentre.

The official website of the show, Letterkenny.TV, is the only authorized vendor of Letterkenny and Letterkenny Problems merchandise. Offerings include a variety of casual apparel and hats, drinkware, and stickers and other accessories.

Crave sponsored a popup shop in Toronto March 17–19 at 277 Queen Street West, near the Bell Media offices, coinciding with the release of the St. Perfect's Day holiday special. The shop offered various clothing for sale and set pieces from the hockey dressing room and produce stand for taking pictures (Toronto Star). Dylan Playfair and Andrew Herr made appearances on Saturday to sign autographs.